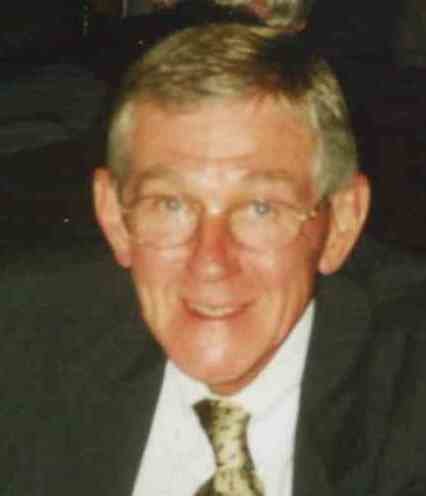 Jerry Rossow, 80, of Niles and formerly Buchanan, passed away at Lakeland Community Hospital on Friday, December 6, 2019 with his family by his side.

After graduating from Buchanan High School, class of 1957, Jerry then attended Northwestern University and eventually earned his Bachelor degree and received his MBA from Indiana University.  Jerry served in the U. S. Army and was honorably discharged in 1965. Jerry married Edna Jaracz, who passed in 1978, and to that union was born a daughter, Elizabeth. On July 31, 1982 Jerry married Kathryn Strayer at a ceremony in Niles; together they then raised their children, Peter and Sarah.

Jerry always looked forward to working. After a long career with Clark Equipment Company, he became Chief Financial Officer for Towne Air Freight, Inc. of South Bend, and the former Electro-Voice Company in Buchanan. Jerry served in various boards and volunteering capacities. He was the co-founder of the Buchanan Fine Arts Council, served on the board of directors for Big Brothers Big Sisters of Berrien and Cass as well as President of the Buchanan School Board.

Jerry took full advantage of his retirement and was able to enjoy many of his passions.  He enjoyed opportunities to watch his grandchildren excel at sports and loved to watch Northwestern football games. Jerry and Kathy were also long-time University of Michigan Football season ticket holders.  When Michigan weather cooperated Jerry would spend time outdoors working in his garden or traveling to Glen Lake during the summers to enjoy the scenery and friends and family who would visit.  He particularly enjoyed his time Up North grilling out, fishing, and spending time in Glen Arbor with his grandchildren. Jerry cherished the time spent surrounded by those he loved.

Preceding Jerry are his parents, Carl and Waunita Rossow and his first wife, Edna Jaracz.

A memorial service for Jerry Rossow will be at 2:00 p.m. on Wednesday, December 11, 2019 at Trinity Episcopal Church, 9 South Fourth Street in Niles, The Reverend Diane Pike presiding.

Those wishing to make a memorial contribution in honor of Jerry are asked to consider Trinity Episcopal Church or Fernwood Botanical Garden and Nature Preserve, 13988 Range Line Road, Niles, Michigan  49120.

Photos, condolences, or memories may be left for Jerry’s family at www.BrownFuneralHomeNiles.com

This world will now miss this gentleman, who was still a subscriber to the fine art of chivalry; those that knew Jerry will miss his sense of humor and his spirit.

Share Your Memory of
Jerry
Upload Your Memory View All Memories
Be the first to upload a memory!
Share A Memory
Plant a Tree