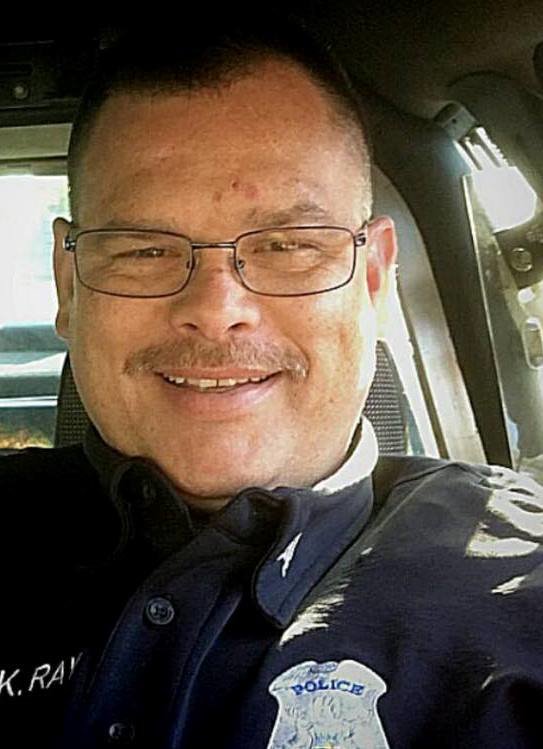 Kenneth R. “Kenny” Ray, 49, of Niles, passed away on this Sunday, September 8, 2019 from injuries sustained from a motorcycle accident.

He was born on April 22, 1970 in Niles to Ken and Vickie (Wallace) Key. Kenny would later be adopted and raised by Kim D. Ray and Vickie.

Kenny was a graduate of Decatur High School, class of 1989. Kenny married Randi K. Tweedy at a ceremony in Niles on September 8, 2007. Kenny was currently employed at Rose Pest Solutions and was a twenty-four year member of the Niles Police Reserves, where he obtained the rank of Sergeant. He was currently serving as the commander of the sons of the Niles Amvets, Post 1978. He was also a member of the Niles Fraternal Order of Police (F.O.P. 95).  Kenny loved riding on his motorcycle- especially family trips to Ludington, the Niles Burn Run as well as the Amvets riders, where he is currently serving as first vice-president.

Kenny enjoyed sports and coached and umpired baseball games for many years. He also spent many nights with family and friends playing darts and shooting pool. Kenny was also a jokester and relished in dancing, any time or place. Many will remember Kenny for his ability to talk to anyone, his generosity in giving to others and his dedication to serving people in the community. Kenny had a passion for animals, especially his three dogs. Kenny’s greatest love was for his family and friends.

He was preceded in death by all of his grandparents and his step-mother, Marla Ray.

Kenny is survived by his wife of exactly twelve years, Randi K. Ray of Niles; his mother, Vickie Tighe of Niles; his father, Kim D. Ray of Tennessee; his biological father, Ken Key of South Carolina; his children, Carllie (Anthony) Bice of Niles, Paula Tweedy of Niles, Josh Fedeli of Buchanan and Kelvin Tweedy of Niles; three grandchildren, Syles Hodge, Addilyn and Clarke Bice; his sisters, Brandie Jo Ray of Newport, Kentucky and Rochelle (Matthew) Andruszkiewicz of LaPorte, Indiana; his mother-in-law, Pamela Hawkins of Niles. Kenny will also be missed by aunts, uncles, cousins and countless lives he has touched.

A time of visitation will be held on Friday, September 13, 2019 at Brown Funeral Home in Niles from 6:00 p.m. until 8:00 p.m. Funeral services will be Saturday at the funeral home at 10:00 a.m. An interment will be held at Mission Hills Memorial Gardens.

Memorial contributions may be made in Kenny’s memory to a charity of one’s choice.

Memories of Kenny may be shared with his family at www.BrownFuneralHomeNiles.com.

To send flowers to the family or plant a tree in memory of Kenneth Ray, please visit Tribute Store
Friday
13
September

Share Your Memory of
Kenneth
Upload Your Memory View All Memories
Be the first to upload a memory!
Share A Memory
Send Flowers